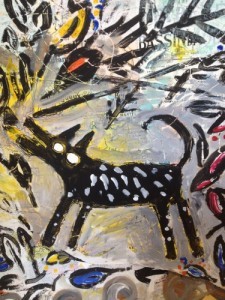 Research into early animal domestication has now broadly established the geographic and temporal origins of the major livestock species. Dogs remain an enigma, however, not only because they were the first domestic animal and the only domesticate whose appearance precedes the emergence of settled agriculture, but also because decades of archaeological and genetic research have failed to reveal where and how many times dogs were domesticated. Establishing the origins of dogs is critical given their standing as the first domesticate. Because neither traditional zooarchaeological nor modern genetic approaches have been able to resolve where and how many times dogs were domesticated, we will combine ancient DNA (aDNA) and geometric morphometric (GM) techniques to archaeological canid remains.

The primary aim of this proposal is therefore to directly address where, when, and how many times dogs were domesticated. In order to do so, we will characterise and track fine-scale genetic and morphometric variation in wolves and dogs through space and time thus allowing us to determine whether dogs were domesticated just once in a single location or multiple (independent) times across Eurasia.